“The intuitive mind is a sacred gift and the rational mind is a faithful servant. We have created a society that honors the servant and has forgotten the gift.”

I had an uneasy feeling starting late yesterday. I couldn’t shake it. It came and it went. I got a lot accomplished, but can’t really remember what. This morning I’ve been up again since a little before 5 AM.

But back to yesterday. I had an Etsy order come in to fulfill-going out today and decided to revamp the listing. 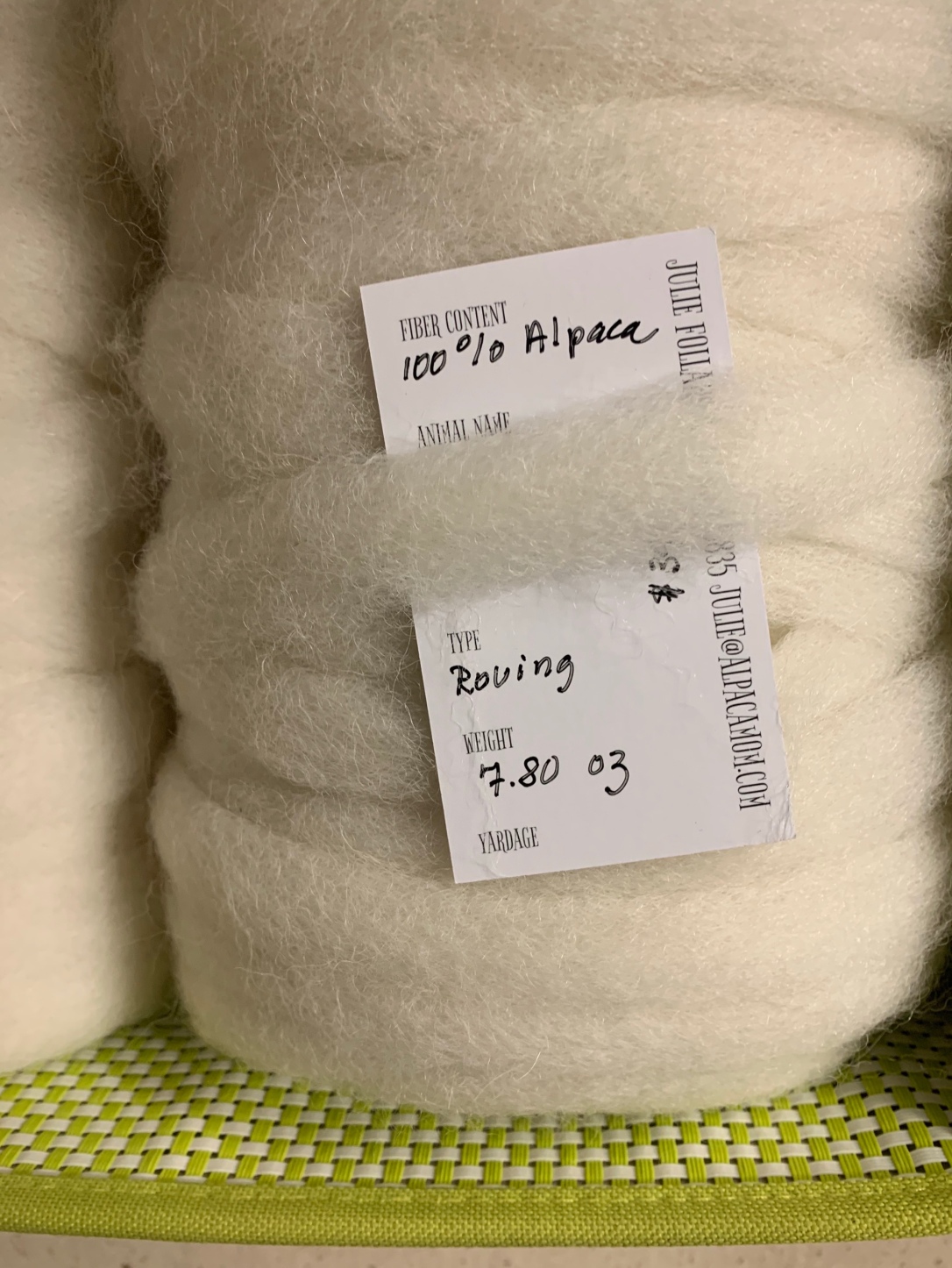 I have a few items to get ready for a pickup today and was able to dye the yarn to the perfect color. But Oh, that feeling, it would whoosh through me every now and again. Once when I was talking to Dawn. “Are you sure it isn’t anxiety?” she asked. Not sure. Then during hooping (on Zoom), she said a word and whoosh, there it was, back again, really strong. I finished hooping and then half heartedly made dinner for Jay and I. We had gluten free pasta with pesto I had made and froze over the summer. I added a little “salad” of our home grown radish sprouts. They were delicious with just a little bit of Caesar dressing. So fresh! Time to replant.

Then we settled down for the night. I was finishing up a few projects and Jay was working on something. At about 8, I went outside and looked up in the sky. Was THAT the Star? I hoped! I thought I had a stargazing app on my phone and of course with so many apps couldn’t find it and downloaded another. The clouds were moving so quickly, the moon was out and bright and I so hoped to see it but I think I saw Mars. Maybe tonight. There was a plane flying around up there. I’ll bet they were looking for it too.

Then the phone rang. Here’s what the uneasy feeling HAD to be. The kids were going to see a relative and booked an air bnb in a town on the way. After checking in, Jack had an uneasy feeling. The dog was behaving strangely and there was a car shining its bright headlights right at their Airbnb . They had unpacked the car for the night and were tired but the feeling wouldn’t go away-neither did the car-or the bright lights. So quickly they packed up and exited through the back door, and called the owner to tell him what they felt. The owner called the police on the suspicious car and later they learned that that was the new crime wave in that part of the country-cars shining bright lights and then robbery. It was a nice, nondescript little neighborhood. The Airbnb had 5 stars. They continued to their final destination without sleep and arrived safely thank the Lord. That HAD to be what was causing my uneasy feelings. They are gone.

So lights (and stars) can be harbingers of good things or bad and we really don’t know at the time which, so we have to trust our gut. Imagine the shepherds and the Wise Men. They followed a star not knowing where they would be going. I really want to see this Great Conjunction and I’ll keep trying. It must mean something pretty amazing, so those of you who HAVE seen it, drink it in. I think we have a few more days. Now all I need to do is wait for my sunrise photo and pop it in.

Now that the sun is up, the day is new and full of possibilities! Carpe’ Diem!

Remember to wash your hands, don’t touch your face, stay home but if you MUST go out, wear a mask and keep the length of a full grown llama (which is bigger than an alpaca) between you and the next person.

Have a blessed day!

View all posts by alpacamomdotcom